Writing’s for Nerds You Say? Check These 4 Famous Examples of Writing That Changed The World 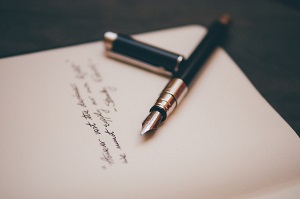 If you’re a college student and your academic progress is the matter against which the envy of the others seems to be principally directed then you’ve thought more than once about becoming a college president. What are the most desired skills needed to get on the pedestal? Financial acumen? Charisma? Those are good, but the right answer will surprise you. The writing skills! There really are in fact a few pieces of writing that changed the world.

How Could Writing Be So Important?

Whether it’s politics, business or academic environment, the majority of serious corporate decisions include complex choices. In order to get a better idea of the problem complexity and come up with possible solutions, the board members and executives need to use written communications. The professionally written report can give you a clear view on a data, as well as demonstrate the level of analysis that is difficult or even impossible to convey in oral manner.

A lot of people minimize the importance of the writing practices since they truly believe the written text is usually left unread while techs and oral communications considered above all. However, when the question is about power and influence, it’s the written works that come up! Check out these examples of writing that changed the world as we know it.

The Bible with Ten Commandments

Probably the most significant written text of all times, as well as the most popular book on the globe is the Holy Bible. To add more, the Bible was the very first book ever mass produced. For the Christian world, the Holy Bible is the sacred document, especially the well-known Ten Commandments that are the core of the book. They are the cornerstones in the life of every Christian. See how impressive and powerful the writing can be for the whole planet?

Usually, when people hear the name of Karl Marx and Friedrich Engels, “The Communist” is the first book they ever recall. However, only a few people can name at least several details of the written work. The book is known as one of the most influential political documents ever created. Written by Karl Marx and Friedrich Engels in 1848, it represents the core of the Socialist ideology. Several decades later the book changed the world, when the Communist doctrine was adopted by Russian government, as well as some of the Eastern European countries.

The Rights of Man (Thomas Paine)

It was Thomas Paine, who employed his writing talent to state that the number one goal of the government is to protect human rights, and in case it fails to do so, it must be overthrown. The written work inspired the democracy all over the globe.

Meet the most influential text on politics and philosophy! “The Republic” written by Plato explores and identifies what is right and just. A lot of ideas like the Theory of Forms originally come from this work and are still debated even nowadays.

Have you ever noticed that, when the dialog is getting serious, people require it in writing? For instance, the voters in New Hampshire usually preferred oral speeches of the presidential hopefuls. However, things have changed. The voters now demanded written plans on how the candidates planned to change the economy condition. In other words, TV and techs haven’t supplanted the written content. Writing is still unconquerable.