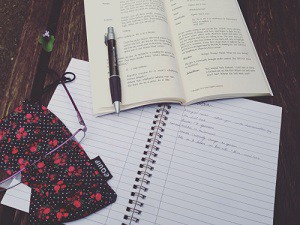 Whether you are trying to pretend like you’re sort of Sherlock Holmes, or you’re simply repeating what you have heard in the college library, you will most likely fail to use this or that unknown word. And of course, this kind of moment make even the smartest people look silly.

In the latest research, linguists explore the most misused words and phrases that college and university students have hard times using. Make certain to look through the top 25 misused words and, who knows, maybe next time it will save you with your writing assignment or speech delivery.

The phrase means almost the same as as for. But the truth is that it cannot be used the same way. Correct example will look like: ‘As far as the politics is concerned…’ / ‘As for the politics…’

There’s one thing that students have to remember about this word – it’s not an adjective, but a noun. The correct example will look like ‘John Updike used a lot of various clichés.’ / ‘The story written by Shakespeare was so clichéd.’

Meet the so-called mass noun or a plural count noun – data. Even though nowadays data is not used that often as a plural form, make sure you know its singular form – datum. For instance, ‘Many of the modern data support your theory, but my datum is more precise.’

The word is not related to the enormousness, but it means excessive evil. As an example, take a look at the following phrase: ‘The enormity of terrorism makes a lot of people suffer.’

No, the word does not mean a hot topic. Hot Button means some troublesome controversy one can deal with. Take a look at the example: ‘Monica did her best to stay away from the hot button of divorce.’

The word is not related to what you say figuratively, but it means in actual fact just like in the following example: ‘Mike didn’t mean for you to literally paint the walls.’/ ‘It’s better to hang out with my grandmother than going to his party – figuratively speaking, of course.’

Holistic, but not futuristic. The correct usage will like this: ‘Marry is highly interested in New Age mindfulness inventions.’

This is the other highly misused word in the world of academic writing. The correct meaning is variable, but not a limit. For example: ‘The analysis is created on the basis of parameters like inflation.’

Just like data, this word is not plural count noun. But keep in mind that it is not a mass noun. Look: ‘This phenomenon was pretty confusing; however, it was one of many different phenomena that we had to deal with.’

Using this word, you actually state that you’re going to forbid or to condemn something. But you’re not talking about anything to recommend, to prescribe.

In this case, you are NOT talking about the proponent. What you’re saying is related to the active character. Let’s see: ‘Jean-Baptiste Grenouille was the protagonist in ‘The Perfumer.’ / ‘Here we can see the proponent of the solar energy.’

Overly simple is the meaning of the word that is typically misused by high school and college level students. Make sure to use it correctly: ‘Lady’s simplistic answer proved she had never dealt with this case before.’

Do not mix it with torturous since its meaning is twisting. For instance: ‘The forest road was absolutely tortuous.’

It’s not about a person, who is incredibly famous within the city, but about an intriguingly circulated however false story.

If you think it’s all about spoken or oral, you are wrong. The word means in linguistic form: ‘If talking about visual and verbal memories, the latter last longer.’

This is what they call an influence. For example: ‘Her art has a great effect on my fashion style.’

If you read it as ‘peace of mind’ meaning a kind of tranquility, you should know that the actual phrase means doling out the brain sections.

In this case the right phrase will sound as ‘case in point’ that is a fixed idiom.

The right pronunciation – homo-genius – while ‘homogenous’ represents the corruption that comes from homogenized.

For All Intensive Purposes

Make sure to use it correctly as ‘For all intents and purposes.’

One in the Same

This phrase looks like ‘one and the same’ in its correct form and literally means the same thing or individual.

Are you using it with the meaning ‘to feel sick’? Wrong. The correct meaning of the word is ‘to cause nausea.’

It’s about confused. If you ever use it as amused – run!

A mockery or a parody will do, but if you see it used as a tragedy, kill the author.

With the word ironic you point out something that is contrary to what you have been expecting, not a funny coincidence.

These are the most commonly misused words that need to be avoided in academic writing. Be careful and proficient!