Essay Sample: The History of Tea 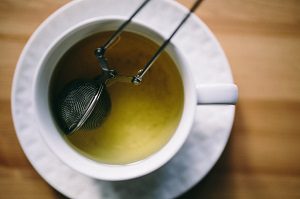 Even though tea is usually thought of as being an integral part of the everyday life in UK, the fact is the history of this quintessentially English drink goes further back in time. Originally, tea comes from China. As told by the legend, in 2737 BC, the emperor of China Shen Nung was spending some time near a beautiful tree. At the same time, his servant was boiling water for him. That very moment a couple of leaves blew from the tree into the water. The emperor of China was passionate about herbs, which is why he made a decision to try the accidently created drink. The tree turned out to be a Camellia sinensis and the drink is nowadays known as tea.

At this stage of the tea history, European continent was lagging quite behind. In the 16th century there were the first mentions of this drink taken by Europeans. While the Portuguese brought some samples of tea to the continent, it was not the Portuguese who were the first to set the commercial import of tea. The Dutch were the ones to do that. In 16th century they established a trading post that was located on the Java island. Soon, this drink became a fashionable one in Holland. From that country, tea spread to the other countries of the continent. END_OF_DOCUMENT_TOKEN_TO_BE_REPLACED