Sample Essay “Syrian Refugees Soon in the US” 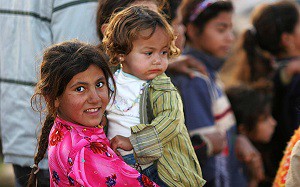 The ongoing Syrian refugee crisis took its toll both on displaced and the countries receiving them. Some political experts argue that by waging its war on terrorism America, voluntarily or not, had started the avalanche that led to the uprising of ISIS. Nowadays the United States, fortifying their presence in Iraq, are preparing yet another measure to help resolve the disaster. America is going to accept 10 000 new Syrian immigrants within its borders in 2016 fiscal year.
END_OF_DOCUMENT_TOKEN_TO_BE_REPLACED