Sample Essay on Racism: Is the Modern Society Easy-Going about This Issue?

Blog > Essay Samples > Sample Essay on Racism: Is the Modern Society Easy-Going about This Issue?
Posted by Alexander Lam on October 24, 2017 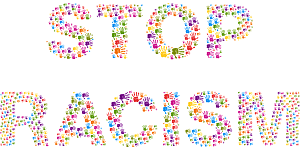 This is a good example of what an essay looks like. If you are required to write a paper such as this, you can use it as a sample to help you write your essay in the best possible way.

A broad definition of racism would be the belief and feeling that one race or several of them are superior to another or others. Such feelings of superiority lead to the ‘superior’ group looking down upon and mistreating members of a ‘lesser’ group. This was the case ages ago whereby people of color and, specifically black people, were looked down upon simply because of the color of their skin and nothing else. The blacks at that time had it tough. They were forced into hard labor with little or no pay. The ‘superior’ members of society at that time saw black people as nothing other than ‘tools’ for tilling the land and other manual work. They were harassed, abused, and whipped in public to humiliate them. This continued for some time until one brave man led a revolution to demand the fair treatment of the people of color.

At this point, we thought that racism was done with, but is that really the case? Absolutely not! Racism is rife in the present day society as it was back in the times of manual labor and public humiliation for the people of color. We would even go ahead and say that racism is much more rampant in our society at present than it was back then, only people are not aware of it.

You don’t have to look further than at the workplace to realize just how racist we are. You will notice that racial composition is in favor of white people. The top management in most companies is made up of white people with the menial jobs in the office such as cleaning and security given to people of color such as blacks and Hispanics. There is nothing to indicate that white people are better educated and proficient in management at this point in time to warrant their huge composition at the top of the corporate world. Salaries are also skewed in favor of white people with studies indicating that white people are paid higher than the people of color even for the same job position, skills, and competencies. This boils down to the belief that certain races are superior to others, a belief that existed ages ago but is still evident in our society.

The streets are not any different. Law enforcement authorities still associate people of color with crime and illegal activities, and you may find yourself in trouble with the authorities simply for being black. The recent ‘Black Lives Matter’ protests were to show displeasure at the perceived harassment of black people by the police. Instances of extrajudicial killings of members of the black community have been on the rise, and this is evidence that the present day society is just as racist and the generations of old.

Racism is a social challenge that is still facing the modern society. To eradicate it completely, we must first admit its existence before finding appropriate ways to deal with it.