Sample Essay on Shrimps: Snaps and Bubbles, Drowning Out All the Sonar 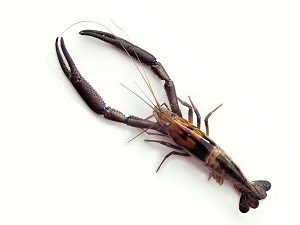 Snapping shrimp also known as alpheidae is an underwater creature with asymmetrical claws. It has approximately one thousand varieties living all over the world, hunting its prey in coral reefs and causing many problems to humans. Why? Let’s find out!

Snapping shrimps have two different claws – one is of normal size, with the other reaching up to half its size. The main purposes of having such a big claw is stunning the prey, fighting and communicating with others. The snapping claw usually remains open until the shrimp contracts its closer muscle, which causes the claw to shut down very fast. But why does the shrimps cause problems to humans, after all? Snapping shrimps are very noisy.

The entire settlements of these creatures make such a noise that it is almost impossible to hear through it via sonar. Actually first studies of these creatures began during World War II, as the noise created by alpheidae interfered with efforts to detect hostile underwater objects by sonar. The shrimps literally drown it out.

Until recent researches scientists believed that the noise arises when two halves of the claw are banging shut. Now the situation has changed. The group consisting of a biologist and physicists found out that in fact the crackling noise is not caused by snapping of the claw, but by the collapse of bubbles that occur when the claw is shutting down.

Those bubbles are formed in the process of cavitation. Cavitation is the formation process of vapour cavities which happens when forces act upon the liquid, usually when the liquid undergoes a rapid change of pressure that makes the cavities to form in areas where the pressure is relatively low. If the liquid is subjected to high pressure, the voids implode and may cause a shock wave. This process is basically known for damaging ship propellers and other metal details as the energy produced from implosions weakens metal.

The concept that the snapping noise can be caused by bubble was born during a colloquium in Munich. Barbara Schmitz and Detlef Lohse then teamed up with Michel Versluis and Anna von der Heydt to investigate the moves of snapping shrimp with the help of an ultra-high speed camera and a hydrophone.  As a result the pictures showed bubbles forming between the two halves of the claw, the sound recordings taken by hydrophone made it clear that the sound appeared when the bubbles collapsed. Due to Lohse these findings should be especially interesting to naval researches, as the snapping sound is the general cause of background noise in the shallow ocean.

All in all the researchers found out that alpheidae use cavitation damage for hunting – they stun the prey such as worms, crabs and other shrimps with the shock wave when they are in a close distance to the claw. The scientists also stated that while encountering other shrimps the implosion is not dangerous as they are too far away for the shock wave to reach them.