The Poor State of Science Education despite of the Best Efforts 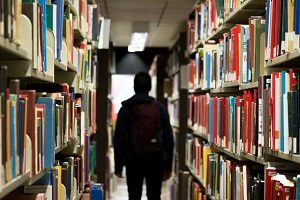 The US – the country that had contributed massive advancements of science in the modern world. Maybe even the most. Silicon Valley, military findings, physics, mathematics etc. all these spheres are well-financed in the US. Many of the most prominent technical, engineering and medical schools are located on the territory of the United States. Millions of dollars are invested in the science education each year. But despite such great efforts “scientific illiteracy” is still a great problem in this country.

According to the latest studies a great number of the US students still lacks good knowledge basis in the science despite some little gains in later years. The most “illiterate” group consists of girls and minorities. But what is the reason of this investment failure?

Teachers say that the biggest problem of the modern educational system is that it really lacks some practical assignments. “Our curricula is designed to give the students the exact amount of knowledge to successfully pass the exams and nothing more” they say. Susan German, a science teacher at Hallsville Middle School in Missouri points out that engaging the class into hands-on projects gives more results than learning bare theory. Those students are to act like real scientists, they must try out every possible option during their project to find the best working solution. It leads to development of broad and critical thinking. And critical thinking is a very useful skill that actually affects “scientific illiteracy” the most. During our school years we are taught some theories and facts, but we learn that the Earth orbits the Sun in exactly the same way we learn that Jesus’ mother was a maiden. The entire process of learning is based on the bare believe. So we are taught to believe instead of analyse, synthesize and only then understand. One more problem with teaching scientific fact instead of scientific process is that the facts change. When the scientific fact is busted because of new discovery it must be replaced in all the materials and studying sources which is just financially impossible.

As it was mentioned above – critical thinking is a useful skill, which is neglected during the studying process. The curricula emphasizes information over process. Schools do not teach the younger generation to be vigilant about avoiding mistakes such as confounding correlation and causation. All these factors lead to inability to comprehend what is likely to be true and what deserves skepticism.

Moving forward, what affects the quality of education the most? Of course the credibility of teachers. Most American teachers have received their training at colleges of education. The problem with those colleges has been known for a long time. The studies have shown that the educational schools were giving this country a significant number of intellectually mediocre teachers who were taught dubious educational theories but had little knowledge about the subject matter they were to teach.

Altogether, all of the mentioned above problems result in poor science education teaching methods that do not foster the students to use their minds instead of memorizing dozens of facts; they do not engage children into practical work and diminish the role of critical thinking.