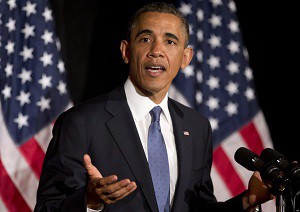 Some people may not agree that Barack Obama’s speech is worth attention, while the others are absolutely sure that political leader of the United States of America always delivers on the highest expectations when the question is about the public speaking. Tastes differ, but the fact remains that Obama’s speechwriters work magic when it is required. Studying Barak Obama’s speeches provides us with valuable speechwriting lessons that may help us next time we’re assigned with the task to deliver a speech.

The first trick is to write as if you’re talking. There is no particular number one requirement for the speech writing, but Obama’s former speechwriter states that if there was one, it would probably be the following: a speech must be spoken, not read. Short words will help you, as well as short sentences. Make sure to read the speech as you’re making it. Thus, you will be able to hear the words that sound awkward.

If you want to give a good speech, ask yourself just like President Obama would – what story are you going to share with people? Just like any other story, the speech includes its own narrative frame – a sort of warm-up, a substantive middle and the end that inspire the listeners. That’s the exact style of the USA political leader.

Usually individuals find it hard to properly structure the speech. What is the right order for all points you’re going to make? The basic tip is that the speechwriter should use lists as a solid structure for the speech. This will help him to keep the arguments logical and clear.

If you have ever been assigned with the task to make a speech, your tutor has probably told you to always speak from the bottom of your heart. Although this very advice doesn’t bring lots of help, it still carries some truth. While working on Obama’s Democratic Convention address in 2008, the speechwriter got stuck with a certain part of a speech. The leader of the nation advised to ponder over the current situation in the country and write something that felt true. That was a great moment to stop thinking about some statistics and polls results, and concentrate on something that they believed in. To cut the story, it is recommended to tell a personal story. It will become a strong “bridge” between you and your audience.

Don’t just write a speech – create an inspiring one! The thing is the greatness of a speech has as much to do with all its values as just any other thing. The point is – no one remembers what exactly Adolf Hitler was talking about in his speeches, but everyone is aware of how powerful his oratorical abilities were. Of course, he lost at the end, but that’s only because hate is not as compelling as hope. Before you take a pen and a piece of paper to make some sketches for the speech, make sure to read some of the most inspiring speeches from the great minds of all epochs.