Sample Essay on California’s Drought: Why Is the Largest Lake Drying up? 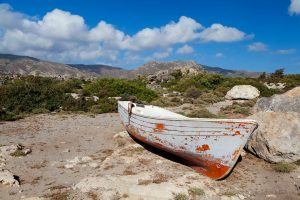 The ecology is one of the most important issues these days. Our sample essay on the lakes that dry up will not only come in handy for students to create their own masterpieces but also teach them how to properly format college essays.

It’s the mystery of the incredible disappearing lakes.

In the last couple of years, many lakes in the drought-ravaged state of California have sunk to record lows, or even disappeared completely. This problem has an array of effects; the most obvious is the impact on recreation and on the beauty of the landscape. Other possible effects are more sinister. The reservoirs on which a large proportion of residents depend for their drinking water have sunk to record lows and may soon disappear too.

What has caused this devastating, four-year drought? There is a number of possible causes including a high-pressure system in the Pacific Ocean, climate changes, or just a natural cycle in which occasional droughts are inevitable.

Tourism in California has been harmed by the disappearing lake phenomenon. The business owners in Elizabeth Lake, a once popular tourist destination, have found that visitors no longer frequent their shops as the beautiful lake has become nothing more than a sad-looking, smelly depression in the ground.  Residents of the Eagle Lake community have been selling their homes, while restaurants and shops in the lakeside town have all closed.

Far more menacing is the fact that Lake Mead, the reservoir which stores water from the shrinking Colorado River, has reached a lower level than at any time since 1937. If the trend continues, it could have serious implications for the water supply of people in California and throughout the Southwest. The Colorado River is the essential source of water in the state, providing drinking water for 19 million of its residents, including inhabitants of Los Angeles and 25 other communities. In San Diego County, it provides 64% of the total water supply. The shrinking reservoir has led California to restrict water use for the first time in history. These restrictions lasted only for a short period of time, though.

There are several theories about the reasons for this menacing weather phenomenon. A long-term analysis of weather trends reveals that droughts are not any more frequent than they were in the past. California and the Southwest have suffered from severe droughts before. Perhaps, this most recent drought is simply part of a natural weather pattern.

Other pieces of research suggest that the drought is the result of a high-pressure system called “La Niña,” which created a mass of warm water off the West Coast. This formation, known as “the blob,” has interfered with the storm tracks of rain and snow in California.

Several studies have found a link between droughts and climate changes. They indicate that droughts are more frequent and severe when temperatures are warmer. Global warming makes it less likely that rain or snow will bring relief.

Whatever the reason, the disappearing lakes of California can be seen as symbolic of the weather extremes in our world, our attitudes toward them, and the diverse ways in which they affect us.