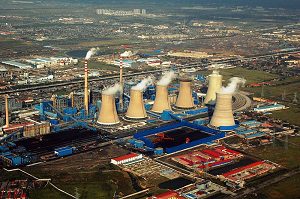 When speaking about how industrialization changed the world we live in, there are three areas one should mention: economics, agriculture and urbanization. Those are the segments that have faced the most significant changes. Let’s discuss every aspect one after another.

Industrialization had an economic impact on the society by providing the representatives of the working class with jobs in factories and coal mines. To add more, industrialization made the wallets of Bourgeoisie tougher than they were before. But at the end, this had only made them richer, angrier and more selfish. The working conditions for the working class were miserable. As a rule, people had to work in dangerous machine shops with no shoes at all. They were constantly risking their life all over the working zone. They were required to work fourteen hours a day, six days a week and at the same time, constantly dealing with dangerous machines, fire and other hazardous items. Besides, they had no life guarantees such as safety laws, insurance or pensions. Children were supposed to work as well.

Industrialization affected the society within an agricultural area since after everyone was given preference to working in the factory instead of using crops. The Industrial Revolution was totally about switching from being agricultural to having most of individuals working in the factories. It is known that till the end of the 1700’s the world’s major nations had exclusively agricultural economies. In other words, people at that time mainly worked on the farms, harvesting a range of various crops. And once the Industrial Revolution was in full play, all farmers began to work in the new factories. Even females shifted from their households in order to work and thus, gain more income for the families.

It’s not a surprise that industrialization and urbanization are going hand-in-hand. The reason lies in the fact that people are in need of jobs. And they make sure to move to the place, where the job offer rate is high. This means that the population in a particular city is getting higher as more and more people arrive. The higher the population in a particular place, the higher the product demand. This in turn means you need more people in order to supply this or that product.

Although some countries, like the US and the UK, experienced intense industrial development under certain conditions of both economic and political freedom on the basis of calculable and rational law, such nations like Russia and Germany in the 19th and 20th centuries prove the basic economic preconditions of the revolution are completely free from political framework.