Essay Sample: The Fall of Pity and Being Pitied 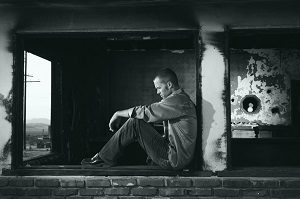 When for some reason you’re faced with the emotion called ‘pity’, that’s the very first sign of what we know as insecurity. We’re human and what we want is to be pitied for the reason that we are in need of attention. Moreover, without pity, we all tend to think that nobody will ever give a damn about us. Experts say, pity-seeking behavior is simply inseparable from self-pity, which is an enormous obstacle on your natural way to happiness because you’re simply unable to feel the joy of life if you choose to have that bad feeling about yourself.

As stated in the research performed by the Finnish experts among 242 men, feeling self-pity can speed up the atherosclerosis process, as well as arteries hardening. This, in turn, leads to the strokes or heart attacks. The studies have also revealed that individuals, who reported a severe feeling of self-pity has a 20% greater increase in the level of blood vessels hardening.

Self-pity provides you with the excuse for not applying yourself in any professional area. You don’t feel like you can. You don’t think you’re ready or that you deserve any particular rewards that life can give. And your head is full of possible excuses. Of course, it’s easier to assume you are not competent enough than to face the day and actually discover that your worst fears are useless and pointless.

Self-pity will most likely take you to what is called a victim mentality. This, in turn, makes you feel completely down. In case one leaves it untreated, this may lead to depression. Individuals, who feel depressed, usually have various cognitive distortions and self-pity is one of them. As a rule, these people find it especially hard to see the good in their everyday routine or all the blessings they’re provided with. When having a depression, people make sure to paint every aspect of life with a negative brush. Serious depressive disorder is the result of a chemical imbalance in human brain. Self-pity is a particular state of mind that aggravates depression.

Self-pity tends to give people an excuse to give up. In other words, no matter what you do, how hard you try, nothing is the way you’d like it to be…So, what’s the point in trying? What’s the use in it? When you’re adapting the mentality of a victim, you choose the path of giving up. This is simply not your fault and you’re just a victim of stupid circumstances. So, why should you bother at all?

Self-pity is being used as a mask for the other negative emotions such as anxiety and fear. Fear of being successful, fear of complete failure, fear of having to exert an effort.