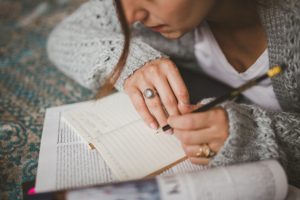 First, let us make it clear on what ‘assertion’ is. Whenever you’re required to provide your own viewpoints on a particular subject, you’re supposed to make an assertion or a claim. In order to be credible, make sure your assertions are solidly proven. For instance, you may assert ‘that parents, who are known to be the TV comedies stars, can act more realistically than the ones, who don’t.’ Thus, you’re making a claim and a range of the so-called ‘embedded’ claims. In order to make the claim sound credible, one would need to use certain data to support the general statements, as well as to detect all the vague words. For instance:

When making an analysis, even the simplest claim (just like the one mentioned above) must be backed up with supporting information. Once you’re done with specifying the working definitions of the basic terms, especially what stands behind ‘realistically,’ the evaluation essay should be developed through the specific actions in a particular comedy, where parents have the leading role in contrast to the one, where the roles are more subordinate.

Even though the comedies you may name in your essay would not prove your thesis, all the facts that you make sure to mention, would definitely provide the readers with an opportunity to conclude the larger claim by implication. You, as the author of the evaluation essay, can generate a stunning thesis for your project, and then simply destroy it through failing to provide trustworthy, specific examples that are a must for assertions support.

Here are the things to take into consideration when working on the assertions for the evaluation essay:

Assertions are the cornerstone of your essay. When you put them together, you’re creating a structurally sound and exceptionally beautiful ‘constructs.’ You attach them one after the other, but they may fall apart in case given without solid support, remember that.