Essay on Jewelry: The History of Value 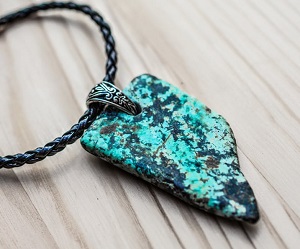 It is hard to imagine our everyday life without jewels. Even in the times, when human beings just began to use tools and clothes, jewelry was made of any sort of materials at hand be it animal skin, bones, feathers, etc. As the time was passing by, the advancing technology provided artisans with an opportunity to tame precious gems and meals into beautiful masterpieces that are still influencing modern jewels style. Things have changed, but the purpose of making and wearing the jewels remains the same – to express one’s religious and political preferences, wealth and social status.

When the question is about the history of jewels, its early development can be divided across three grand civilizations – China, Egypt and India. Mesopotamia and Egypt set a range of influencing standards in the areas of glass manufacture, metallurgy and gem collecting. Their jewels production traditions provided a solid foundation for the fashion styles of every European civilization that exist nowadays.

In India, the connection between jewels and everyday life became so close that now it’s impossible to imagine religion and daily life without multicolored accessories of every possible form. Indian people were the one to manage to be the first to develop the so-called art of jewelry making. Due to this fact, the country became one of the most popular trade destinations that later became the driving force for the immense expansion of European civilization in the Age of Discovery. At the same time, China became the driving force in the arts development, while its unique style influence was rapidly spreading all over Asia. The basic style in China jewels was mainly focused on animals, nature and dragon images that are en vogue even nowadays.

When the Roman Empire and Ancient Egypt civilizations were both dead, Europe took its place on the jewelry Olympus. However, the time when the continent craftsmen were able to claim that position came only after almost one thousand years of plagues, isolation and wars. The Crusades enabled Western Europe to contact the most distant countries and receive important knowledge that later gave rise for the Renaissance epoch. As the wealth transfer from the church, royalty and nobility it kept on flowing to the middle classes in the times of the Age of Discovery, the Renaissance epoch and Industrial Revolution, the jewel designs faced dramatic changes. That’s when the most various styles were appearing and disappearing here and there, some based on the ancient designs found in the Egyptian ruins and some original and never seen before.

After more than 6 000 years of gem processing and metallurgy, and over 100 000 years of decorative jewels use, jewelry remains a special part of everyday life of people in many countries of the world be it Great Britain, Albania, Argentina or Zimbabwe.