Sample Essay on Turkey and Saudi Arabia against ISIS 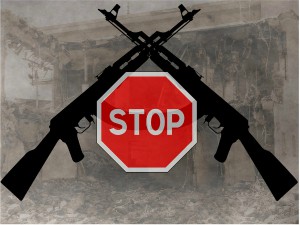 As stated by the Turkish Foreign Minister Mevlut Cavusoglu, his country, together with Saudi Arabia, will launch a range of operations in order to fight the Islamic State group in Syria. ISIS or the Islamic State has become one of the most dangerous security threats on the globe because of its ruthless track record in Iraq and Syria. But before we focus on the coalition of Saudi Arabia and Turkey against common nemesis, the question is who and what is ISIS?

First of all, ISIS is a terrorist group set and led by Abu Bakr al-Baghdadi. The tTerrorists from ISIS are exactly the ones responsible for the horrific attacks in Paris, Baghdad and Beirut in 2015. 46 people died in Beirut, with another 129 dead in Paris and 18 in Baghdad. Besides, ISIS is also responsible for downing Russian plane in Egypt, taking lives of 224 people.

Taking into account the scope of the threat imposed by ISIS, there is no surprise at all that after a security conference in Munich, Turkish Foreign Minister informed the global community that Saudi Arabia is ready to send its troops to the Incirlik air base located on the Turkish territory. Both countries are about to launch an operation in order to fight against ISIS from onland. It’s important to mention that the Foreign Minister disclosed exactly nothing about the number of jets or troops that will be sent to the zone or the timing of exact deployment. However, the politician specified that there have already been some exploratory visits to the enemy territory.

According to the sources in the military, within the first deployment eight to ten Saudi jets would be sent out in Incirlik as soon as possible together with four F-16 fighters. At the same time, the Foreign Minister of Saudi Arabia Adel al-Jubeir said there are still debates over whether the ground troops should be sent to fight against the terrorists of ISIS. But in case the decision is made, the country is ready to send special units to the battlefield.

Both countries are actually staunchly supporting rebels trying to overthrow Assad in order to end the five-year civil war in Syria, which has already taken 260 000 lives. Saudi Arabia and Turkey leaders are afraid that the west is losing its desire to take Assad down on the assumption that, in contrast to ISIS, he’s “the lesser of the two evils.” They are outraged by the military intervention of Russia into Syria. Analytics say this has provided Assad with an opportunity to withstand the pressure and has also shocked the West.

Experts say that co-operation with Turkey may turn to be quite problematic for the region of Saudi Arabia in case it keeps following its “terrorists” definition to include the so-called Kurdish fighters. The latter are known as one of the most efficient forces that can fight against the ISIS.