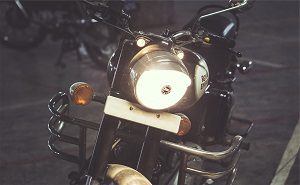 Gazing at bikers, we tend to believe they’re rather dangerous. But the reality is not like that. The majority of motorcycle clubs turn to be completely harmless. They’re just passionate about leather and open road. However, there’s an evil side in the biker subculture as well – some of Harley-riding outlaws are known to gather into criminal networks in order to fight over drugs, ladies and weapons. Among the most well-known, one should mention the Cossacks and the Bandidos. These had a loud shootout in Texas not long ago. According to the FBI data, up to 44 000 citizens of the US are the members of over 3 000 outlaw biker gangs. And the problem is that they are not just guys in leather jackets, who like to ride the neighborhood. They’re the guys in leather jackets, who like to ride the neighborhood and sell tons of drugs, as well as kill people. END_OF_DOCUMENT_TOKEN_TO_BE_REPLACED