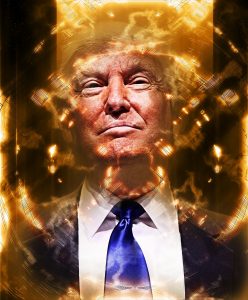 It is one of the hardest things to choose the issue to disclose in a college essay. You have probably heard that President Trump has concealed his Twitter account from some famous people. We have touched this issue in this sample. Have a look.

It’s pretty certain that the writers of the First Amendment had no way to predict the emergence of Twitter.

And yet, President Trump may face lawsuits claiming that his behavior on Twitter violates citizens’ First Amendment rights.

Trump’s frequent tweets on his “real Trump” Twitter account are famous…or perhaps, infamous. But less well known are the comments which resulted in the President blocking users from his account. These users lost access after posting comments which criticized Trump’s decisions or statements.

The effect of blocking someone on Twitter is that they can no longer see Trump’s posts or comment on them.

Some might think that blocking someone, while impolite, is basically trivial, certainly not something worth taking to court. Some people feel that Trump has every right to interact (or not) with people he does not like on his personal Twitter account. But others believe that the President’s Twitter account is, in fact, a public foru, and that depriving citizens of the right to speak on this medium is tantamount to throwing someone out of a public meeting because you disagree with their opinion. That would make it a direct violation of the First Amendment right to free speech.

What might motivate the leader of the free world to block his constituents from expressing their viewpoint? There are a number of possible reasons.

A panel of psychologists and historical experts have rated all the American Presidents on the “Big Five” dimensions of personality: extraversion, neuroticism, conscientiousness, agreeableness, and openness. Like many other Presidents, including Bill Clinton and George W. Bush, Trump scored very high in the domain of extraversion. But unlike any of them, he scores extremely low on the trait of agreeableness. This trait is highly prized by society, and those without it can appear rude, callous, and lacking in empathy.

One of the hallmarks of extraversion is persistent reward-seeking. This could explain the frequency of Trump’s Twitter posts. Combined with his low range in the domain of agreeableness, though, this constant social media interaction could easily offend.

But is there an even darker explanation for Trump’s online actions and reactions?

Psychologist John Gartner made the news when he posted a petition stating that Trump suffers from “a serious mental illness that renders him psychologically incapable of competently discharging the duties of President of the United States,” signed by 18,000 mental health professionals. Based on observable behaviors from the DSM, Gartner believes that Trump exhibits the symptoms of narcissistic personality disorder, antisocial personality disorder, and paranoid personality disorder. Gartner has stated that this combination is “toxic.”

If he is correct, these illnesses would explain Trump’s seemingly over-the-top reactions to critical Twitter posts.

Whatever the reasons, it seems clear that this situation is drastically different from anything that Americans have previously encountered. No matter the outcome, it will certainly make history.