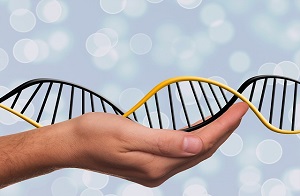 During the past few years gene researchers worldwide have elaborated a new technology which contributes to making certain modifications in the DNA. In comparison to prior methods of DNA alteration, the recent approach is much easier, faster and cheaper. Moreover it has more accuracy. The new technology is called CRISPR and has already changed the way of arranging basic research. The geneticists and medical researchers have got the new way of thinking about treating diseases.

CRISPR regards a distinctive organisation of DNA sequences, which are contained in the genomes of microorganisms. These sequences seem harmless, however, they form a core element of their immune systems, which is responsible for protection of an organism’s well-being and health. Bacterial cells, just like human ones, can be intruded by viruses that are infective agents. In this case the CRISPR system can repel the offensive: it destroys the genome of the intruding virus. That genome contains genetic material, which is needed to replicate the virus. In that way the CRISPR immune system defends microorganisms from spread of the virus.

The concept of the CRISPR system operating is following: The system has two crucial molecules, which implement the mutation into the DNA: an enzyme and a piece of RNA. The first molecule is called Cas9. It is responsible for metabolic processes, which are necessary for life. It operates like scissors, which cut two DNA strands at a certain position in the genome. After that DNA pieces can be added or extracted.

The second one is called guide RNA. It links to DNA and guides the enzyme to the correct part of the genome. This molecule is responsible for the proper work of scissors. When the gRNA leads the Cas9 to the final destination and cuts the DNA strands, the cell discovers that the DNA is injured and starts to renovate it.

The peculiarity of the CRISPR concept in identifying and destroying viral infections is useful not only for microorganisms. This simple yet elegant defensive concept can be applied in various disciplines.

The features of this system are useful for industries, which deal with bacterial cultures. These cultures can become resistant to viruses, which prevent their efficiency. Therefore, it is a powerful tool for improving the quality of food.

Moreover, thanks to this technology geneticists are able to make accurate modifications in the genes of different organisms, including plants, rats or even human cells. Such changes of genes can seriously influence the wellness of an organism.

And of course, CRISPR system is a serious weapon in medical researches. First of all it refers to genetic diseases. The new technology can adjust a mutated gene reversing illness symptoms. The results of a successful experiment on an animal have been published recently.

In fact, it always takes some time for clear understanding and proper improvement of new technologies. More researches and experiments are needed before the implementation of the CRISPR system in everyday life. However, it has already become a priceless weapon for scientists to change the world.