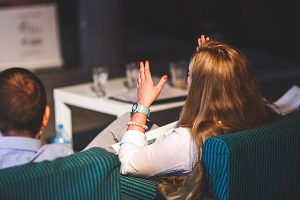 In the times of nerds in white shirts and silly ties, the debating competitions were highly popular. Fortunately, things aren’t completely different nowadays. In colleges all over the globe, debate clubs are getting more and more popular again among all students’ groups.

There are tons of advantages for students attending the debating clubs, whether they decide to join the political club or the actual debate team. Among the advantages one should mention some of the following:

What Is a Debate Club?

Basically, it’s the team that includes several students and teaches members how to do the research, properly articulate arguments, as well as clarify ideas in a clear and logical manner. In a typical debate, the members of two teams are presented with a topic that they’re about to debate, and every team is provided with a set period of time to talk on the argument. Subsequently, students actively engaging in the college debate clubs are usually more prepared to demonstrate professional presence during interviews, as well as clearly articulate their abilities and skills. Without a doubt, there are many advantages in being a regular participant of a debate club.

It used to be that if you ever reached the debate tournament of the college level, the students you’d be surrounded with would be white elite future doctors and lawyers. It was boring and quite predictable. Have the things really changed since then?

On March 24, 2014 during the Cross Examination Debate Association in Indiana University, two students became the first African-American females, who won the college debate tournament of the national level. Korey Johnson and Ameena Ruffin were asked whether the war powers of the USA president should be restricted. Instead of talking on the issue straight on, the girls began to attack the premise. According to their claims, the war between the American government and the poor black communities was far more important.

When the time for the final round came, Johnson and Ruffin were squaring off against George Lee and Rashid Campbell from the Oklahoma University. The two teams had a heated discussion of the issues like “African American authenticity”. The participants refused to yield the floor even when the time ran out shouting “F– the time!”. Students used the arguments that were based exclusively on their personal experiences and rap music, while they simply ignored the stated resolution. Instead, they were insisting the college debate clubs framework had always privileged the white students only. The truth is, that was not the first time things like that happened.

A New Form of a Debate Scenario?

The participants that come from various backgrounds find these radical debate strategies quite offensive. However, the surprising fact is this new style of articulating what one has on his mind has already received not only a mainstream support, but a range of rewards we well. Some of the education experts from the Binghamton University are impressed with how things are changing in the debate community and style. The Director of Speech and Debate at Binghamton University Joe Leeson Schatz says there’s a serious recognition in the academic world that the way this or that argument took place years ago privileges some groups of people over the rest. According to Schatz, arguments are not supposed to be supported by written papers or college professors. What is more, they can be taken from the prior experiences. So, which scenario will suit better the debate venue?