Essay Sample on Adoption and Its Moral Issues in Different Countries 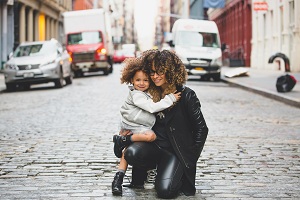 Over a decade ago, in 2013, 127,000 children were adopted in the United States, almost three times more than in China. While the institution of adoption in the US is widely encouraged, not everyone is ready to treat it normally. Although social stigma and stereotypes still accompany adoption and fostering, they are reducing with time. Below, we will look at how different cultures treat adoption and fostering and see how the situation is changing.

In North America and other developed countries, people believe that a nuclear family is the normal environment for children to grow in, and that adopted children are victims of some bad circumstances saved by the adopters. The society expects that adopted children would feel grateful for being rescued from such threats as poverty and crime. In Russia, for example, people associate orphans with health problems and developmental issues which occur due to neglect and abuse from the untrained personnel. Just like in Russia, many Americans still keep the fact of adoption in secret from their children, as they believe that the absence of blood ties between parents and children makes their relationship completely different.

A radical view on adoption supported by a belief in the exclusiveness of blood ties is present in the Middle East. In such countries as Algeria, Egypt, Iran, Iraq, Kuwait, Lebanon, and Saudi Arabia, adoption is thought to be banned by Islam and is rare. People in Middle-Eastern Islamic states believe that families are made exclusively with blood ties, and adoption is usually kept in secret. While care for orphans is socially encouraged, an adopted child will rarely become a family member. Not only adopted children cannot be heirs to their adoptive parents, but there are other cultural prohibitions: a man cannot touch his adoptive daughter, and a woman must always wear a veil in front of her adopted son.

In the Andes, close relationships are determined not by biological kinship, but rather by shared activities. Bolivians have terms for adoption and fostering, “giving a child” and “lending a child,” respectively. People can “lend” their children due to a number of circumstances, including their health problems, or the need of potential adoptive or foster parents in a companion. In most cases of fostering, a child can decide whom to see as parents and with whom to stay. Despite the overall good attitude to adoption in some South American countries, the numbers are rather small. For example, in 2003-2004, 1,409 children were adopted in Colombia, 348 in Bolivia, 187 in Peru, and 536 in Chile. Adoption and fostering is more of a social tradition with people in the Andes, rather than legal procedure.

Social fostering and adoption are widely spread in some West African countries, including Benin, Nigeria, Sierra Leone, Ghana, and Cameroon. There, raising children is not an individual responsibility, but a social one. Some of the people do not have special terms to distinguish between social and biological parenting. Foster parents are responsible for educating children, teaching them social and cultural norms, and also for their transition to adulthood. People in these countries believe that biological parents are worse at upbringing because of their emotional attachment to children.

The situation is gradually changing. With the general liberation and globalization trends, the strict religious implications in the Middle East are starting to find a compromise with people’s desire to raise children. Even in the Arab Emirates, a single woman managed to adopt a girl in 2013. In Russia, progressive families do not hide the fact of adoption from their children. For them, it is just one of the many forms of parenting. At the same time, people in West Africa, where raising other children have always been natural, tend to live in nuclear families. In general, it does not matter what the ratio of births to adoptions is in a particular country, it is the unprejudiced attitude to orphans and adoptees that must be encouraged. It all usually starts with single individuals and is later supported by many.