How to Write Accessible Science Essays 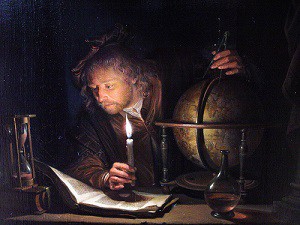 There is a huge gap between the scientists and people not involved. Thus, it is obvious that a lab report on astrophysics would go over anyone’s head. Without prior education that is. Trying to illustrate complex scientific ideas to a broader audience in an essay can be a real challenge for the researcher.

An academic writer often tries to be overly simplistic in order to establish good communication. A scientific author talks down to his or her readers, seeing them as thick, dim and uninterested. They would illustrate their points the way they would explain them to their parents showing a progressive loss of patience in the meantime. A common mistake. When doing scientific writing you should imagine your audience to be as smart and curious about what you have to say as you.

At the same time you have to avoid being overly technical and complex. Sometimes academic workers can write their essays very vaguely. On some level they get so lost in the intricacies of their work that they are unable to make sense of it. You have to be true to yourself. If you see that  it’s so complex that you start noticing a loss of substance, try to make it more concise and see if it works. Don’t indulge into making your scientific writing too hard. The difference between critics and scientists is that critics try to make the matter more complex and raise more questions. Scientists try to make sense of it and bring understanding.

It is hard but you have to strike a balance. Let the reader understand the inner workings of your ideas. On the other hand, allow some people to have a superficial acquaintance and still proceed through your narrative.

A good way to bring it to a wider audience is using analogies. Personal experience or an example from nature can rise the overall understanding dramatically. Many specialized scientists can argue that analogies are often very poetic but inaccurate. While it is true about the analogy for the sake of debate argument, so often used in religious oratory, for this case it is different. Explanatory academic writing is different from argumentative. You aren’t arguing when the person is not ready to object or be skeptical Sometimes we can hear a scientist say that he or she sees life patterns in algebra which is an analogy of its own for a mathematician. The same can be true for a physicist or chemist. It is a very limiting perspective if we are fair towards the other ways to see life. Seeing common patterns in unrelated topics and linking them is what makes a scientific idea compelling.

Basically, the best way to write an understandable essay is making it vibrant with a narrative. The one that would engage you. Some professionals may argue against indulging into nonscientific distractions but in order to preach to a big crowd it is the best tool. As long as you are clear about who you are communicating too, you should be fine with it.